So I thought that after May was over that things were going to get better. Well I didn’t realize how much time I was going to need to finish up Pathophys. Now that it is over I am back to blogging and having fun with my kids.  Today we are headed out to have some fun. Kendra keeps talking about it like she has been there before but we never had because I thought that it would take us double the time it is going to to get there.  It has been 10 days since I have been able to do something fun with them between doing my school work and actually working. We were last at the zoo with our friends on the 8th. We had a great time with them and hope that we will be able to do some more fun things with them this summer.  Here are some pictures: 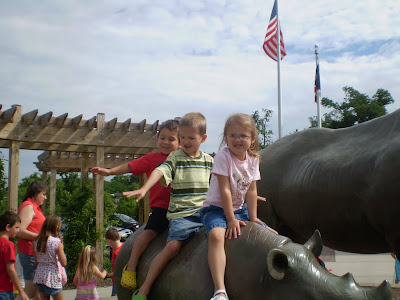 Can’t go and not have pic with the Rhinos, Travis is in the picture but Caleb was sleeping in the stroller. 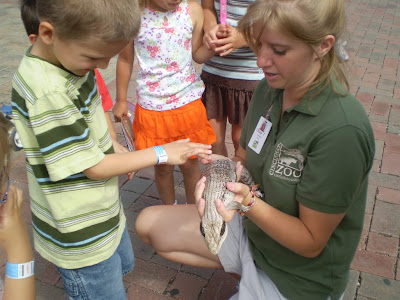 Looking at the alligators. 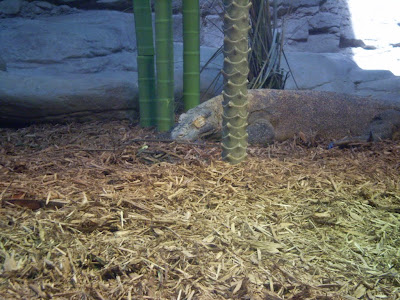 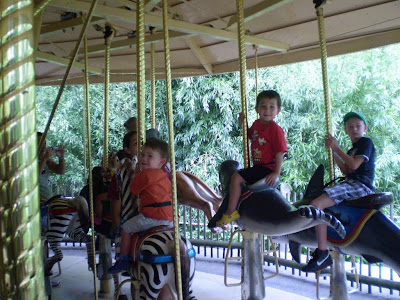 Caleb and Travis getting ready to ride! 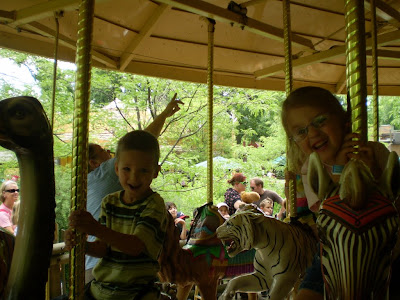 Ephriam and Kendra getting ready to go. 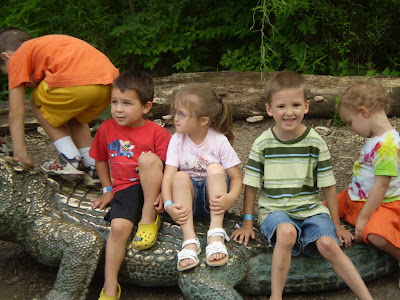 This would have been a good picture if that other kid’s butt wasn’t right by Travis’ head. 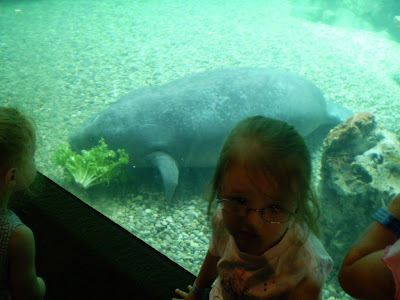 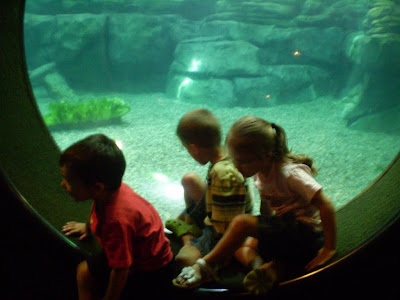 I was almost too slow in getting the picture of them here. 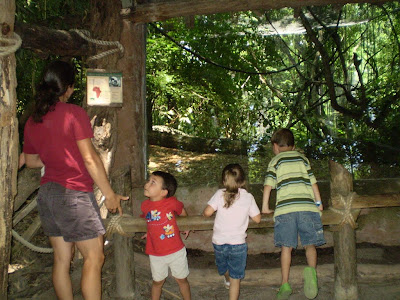 I tried to get Caleb in a picture with the rest of the kids but Paula moved so you can’t see him! LOL. 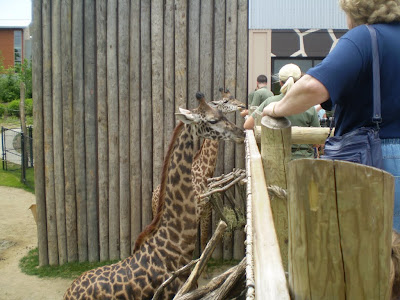 Our last stop. The kids were disappointed that I didn’t bring money for them to feed them but maybe next time.

The kids really had a good time seeing all the animals, in fact Ephriam cried all the way to the car because he didn’t want to leave.  We had to go though so that we could get a little nap in because I had to work that night. I did however get called off  so I worked more on my school project that night.

This week the kids have been ‘locked’ in the house because I have had to work on my last assignment and worked 3 nights in a row. This then has lead to today, going out to play in some water at Parky’s Ark. I am hoping to take some pictures of the kids playing in the water there and posting them tomorrow.

Later today I will be posting updates to the kid’s blog on what is going on with Ephriam. Like we changed doctors he has an EEG and all that stuff. It might not be till tonight because the kids are getting crazy anxious to get out of the house so I need to get going so that I can settle them down.

We should be back into the swing of thing now with the blog now, look for a new post tomorrow!